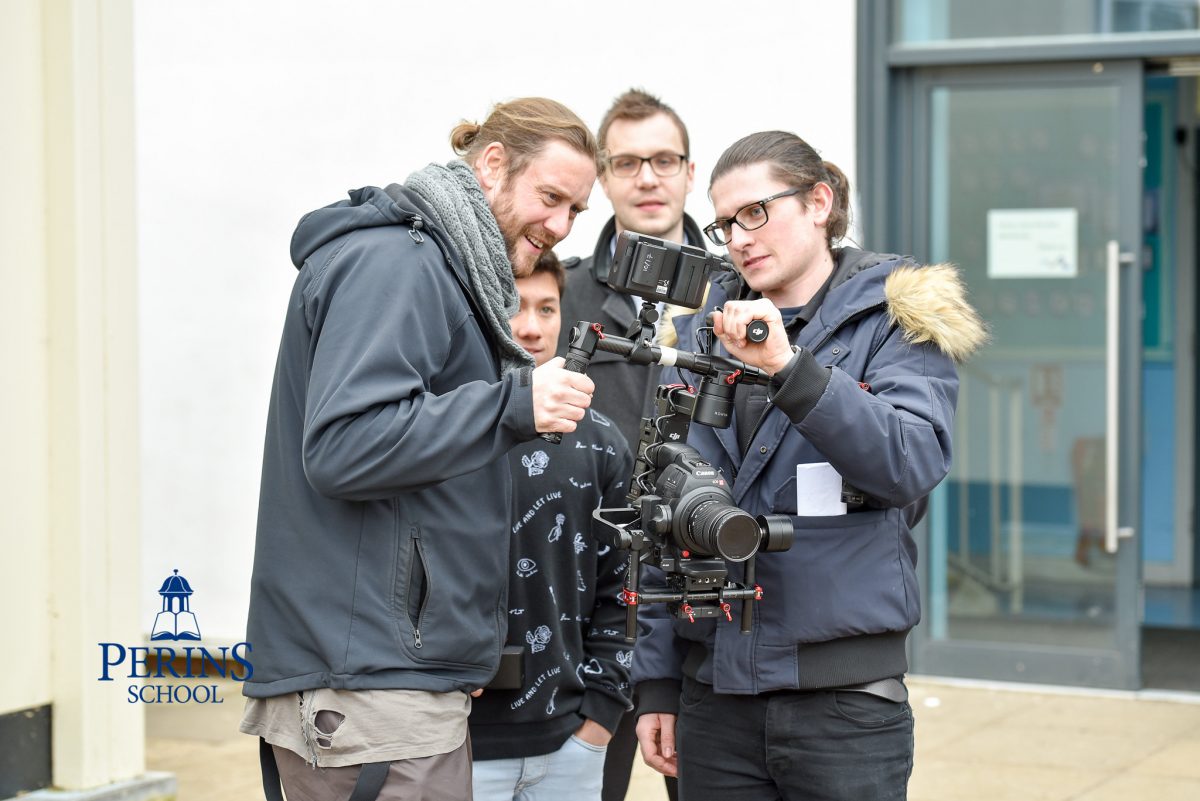 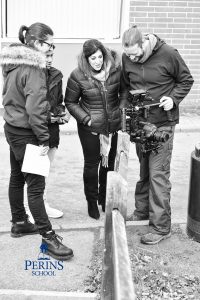 It was more than 10 years ago that I was introduced to Mars, an ambitious Drama teacher based in Hampshire. I had just stopped working full time as a technician at The Nuffield Theatre and was freelancing and working with my friend James as he set up M3 technology (now M3 Productions). M3 is a company that provides technical production support for theatre and events (lighting, sound, AV, set building etc). Mars was one of James’ new customers and she had big ideas for her upcoming school production of Return to the Forbidden Planet. M3 would go on to support Mars in all her endeavours, each production more ambitious than the last.

Mars is now Director of Creative Arts at Perins school in Alresford and in 2018 James and Mars will embark on their most ambitious project yet, a large scale production of Beauty and the Beast performed over one week in a full size circus tent in Alresford. M3 are managing the production and facilitating all technical aspects of the show. 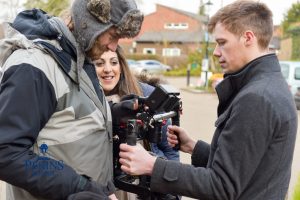 So where does Pageant Productions come in? By 2010 I was moving away from theatre and into filmmaking and in 2013, through my relationship with James and Mars, I was asked if I wanted to make a video that would generate a buzz around the upcoming production of Les Miserables. It was James’ idea, make a short music video using a song from the show and film students singing it in different locations around the school. It would show off the school and the talent of it’s students. We had virtually no budget and it was a pretty simple video but it was a big hit, getting 10 thousand views on YouTube in a matter of weeks. The show sold out in a day and from then on, we have made similar style promotional videos for Perins School performances. 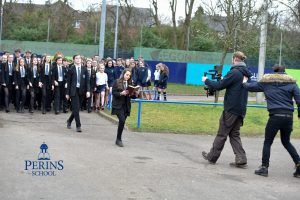 As with the productions themselves, each film project has been more ambitious than the last and in Feb 2018 we filmed over two days in different locations around the local town (Alresford) and school grounds. The Perins productions have attracted a lot of attention over the years and when the 2018 video was conceived, Mars wanted to involve the local town and it's businesses as much as possible. It was clear that the opening song, ‘Belle' was perfect for a video where we would have students performing in different locations around the town... so that’s what we did. 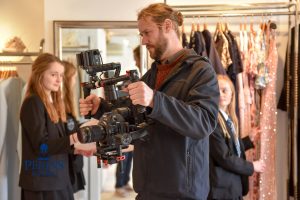 We can't emphasise enough the importance of planning your filming projects and that was certainly important with this project. Time was tight and we were working with large groups of students in multiple locations. On something like this you need a precise storyboard, knowing exactly what you want shot by shot. We had the music track and Doug Cairns from M3 had worked with Mars to discuss the shots she wanted. Between them they came up with ideas of shots they wanted throughout the track. We then worked with Doug to put text descriptions of these shots into a timeline along with the music. Once we had a storyboard, staff at the school contacted local businesses and offered them the opportunity to feature in the video. Thankfully we found all the locations we needed without too much trouble.

We created a shot list organised by location and planned the practicalities of filming each shot, thinking about the kit we would need etc. By the time it came to filming everyone knew what they were doing and Doug and I had a good idea of what we wanted to achieve in each location. Despite adverse weather conditions at times and my incurring a foot injury, the filming went pretty smoothly. 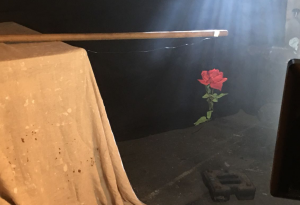 Following the shoot with the school Doug and I met to film some of the introductory shots with props at M3’s unit in Hythe. This was pretty much a day of our time but these are some of my favourite shots from the whole video. It’s nice being able to take time setting up a shot they way you want it. Time is often a limiting factor on many projects.

This project is a good example of a collaboration between some talented and dedicated people. The music and audio recording by Matt Ashford, a music teacher from Perins school is excellent. He is really talented and easy to work with.

We have just finished the edit and the film has had its release so you can view the end result here:

We hope you like the video, we were very happy with this this project. If you would like to discuss a filming project with us then please visit our contact page and get in touch.

We would like to thank Leela Bennett from Leela Bennet Photography for the excellent photos from the days filming in Alresford.